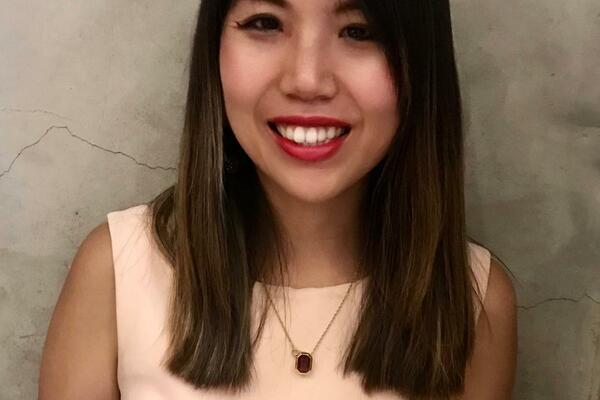 Nepalese adventure through the eye of a Kiwi pharmacist

Rachel Yang, a member of the Project Hospice Nepal UK Team, shares her eye-opening experience in Nepal as a Palliative Care Pharmacist
1 Oct 2019

I arrived in Kathmandu in October 2016 after doing an OE (Oversea Experience- a rite of passage for all Kiwis) in Europe. Before leaving New Zealand, I arranged with Dr. Brown (insert hyperlink to Stuart’s bio), whom I know through my professional career, to volunteer as a Palliative Care Pharmacist at Nepal under his charity Two Worlds Collaboration. I was very much looking forward to spend time in Nepal as during my career, I have developed a passion for Palliative Care and also was becoming more and more interested in global health and health economics.

I remembered quite vividly, Dr. Brown asking me if I am mentally prepared to volunteer at Nepal, a developing country that had just only beginning to recover from the devastating earthquake of 2015, during one of the last conversations before booking my flight to Kathmandu. Being young, adventurous and with a touch of invincibility running through my vein, I joking replied “Yes Stu, remember I was born in Taiwan? Taiwan is also a developing country and experienced many deadly earthquakes too! Don’t worry, I am a pharmacist so I have enough medications in my luggage to supply a small clinic! Besides, I have been to Cambodia and Thailand. Surely, Nepal is not that much of a difference?”

There was a somewhat a longer pause from the other end of the phone than I expected, then Dr. Brown replied “All right, I will give you all the contacts I have in Nepal and don’t come back to the hotel too late at night.”

I laughed carefreely at Dr. Brown and said “Yes Stu, I will text you as soon as I land, before I contact my parents. She will be right!”.  Boy was I in for a surprise!

I landed in Tribhuvan International Airport after saying goodbye to the beautiful city of Vienna. Hong Chang, one my fellow pharmacists and a long-time friend, came to pick me up from the airport. Hong is a veteran in charity work in Nepal, having been to this country several times with The Everest Eye Team (hyperlink) charity, which provide valuable optometric care to the Nepalese people in remote rural areas. I mentioned that we can take a bus into Kathmandu as on the map, the airport is not far from the city centre. Hong gave me a quick laugh and said “No, let’s take a taxi. It is not too expensive, if we barter right. I don’t think we can travel on the local bus with your big suitcase. You will see, Nepal is not quite like Europe”. We got into a taxi after Hong cleverly bartered the price down from £7 to £3- without aircon. Before we got into the car, Hong suggested that I pull my scarf over my nose and said “Not all of the roads are paved, most of them are still dirt roads. I wouldn’t bother to pay for air conditioning because in most cars it doesn’t work and just circulating dusts in a closely confined space”. Right, not quite like Taiwan, more like rural Cambodia, I thought to myself.

According to the map, the airport is only 6 km away from downtown Kathmandu where most of the tourist hotels are based, making it a maximum 10 min journey, with one caveat - in developed country. In reality, my journey lasted for almost 45 minutes. In addition to dusty, unpaved roads, the driver had to contend with a myriad of hazards including pot holes, congestions, motorcycles, tuk tuks, ox carts, elephants and a lack of traffic lights, pedestrian crossings, and most importantly a lack of awareness of traffic rules. I saw open sewers right next to bathing Nepalese women and children and grazing oxen as we crossed the Bagmati River. The electricity cables, which hadn’t yet gone underground, were connected in a random heap above an electric pole. Every so often, our taxi had to navigate around a pile of rubbles or remanent of either a stupa or building with tents camped around them, local kids milling about in bare feet. The taxi driver must have caught me staring at the scene and told me that these are the results of the April 2015 Earthquake which killed more than 8,900 people in Nepal.

“But that is one and a half year ago, surely the government or local NGO would have sorted out temporary relief accommodation for these people”, I asked, “where do they go to the toilet, clean themselves, cook or get clean water?”

“Government & local NGO can’t do everything. We have to rely on ourselves. They go toilet nearby, go to the river to wash and bring water. No money for shoes, only food”, my taxi driver replied.

“May I ask you what happened to you or your family in the earthquake?” I enquired tentatively.

“I didn’t lose anyone in the earthquake. But I lost my father, an uncle and my brother lost one child after because of the cold, got sick and no clean things”, he replied and then he must had seen my face clouded with frowns “don’t worry miss, where you go now is clean and modern. The tourists bring in money so everything is new” he reassured me.

No, I wasn’t worried about my living arrangement. During that conversation, I understood what Dr. Brown meant by “mentally ready to volunteer” in a post- earthquake recovery Nepal. Coming from New Zealand and Taiwan, both seismically active country, I am not new to horrific natural disasters: the 1999 Jiji earthquake in Taiwan and the 2011 Christchurch earthquake in New Zealand. Both, like the April 2015 Nepalese Earthquake, claimed many lives and destroyed infrastructures. However, both governments were quick to mobilise and provide much needed medical, social welfare help to those in need. As far as I am aware, no one died as a direct result of exposure, lack of basic sanitation and common preventable disease such as dysentery. I was in awe of the resilience that the Nepalese people have shown in the face of extreme adversity and at the same time determined to help and do what I can to make a difference through my expertise. I was also beginning to realise my ignorance about life outside the confinement of my relatively privileged bubble. Little did I know, that conversation with my taxi driver was the start of many incidents that shaped my world view and appreciation of my life.

Stay tuned for the next part of my Nepalese adventure.